A larger OEM radiator spec’d for an 1993 Acura Integra GS was installed when the car was originally reassembled. Unfortunately, this radiator didn’t have the proper mounts and tabs for the OEM air delivery system. I also wanted to replaced the radiator hoses with silicone hoses. I decided to go with Skunk2 hoses and radiator cap with an OEM Denso radiator specifically for the CRX.

The OEM radiator fan was a bit dated. This fan was originally sourced from Rust Bucket, the first ’88 CRX I sourced at the beginning of this project. Some of the bolts and clips on the fan were in really bad shape. Because of this, I decided to replace it with a Mishimoto fan shroud. 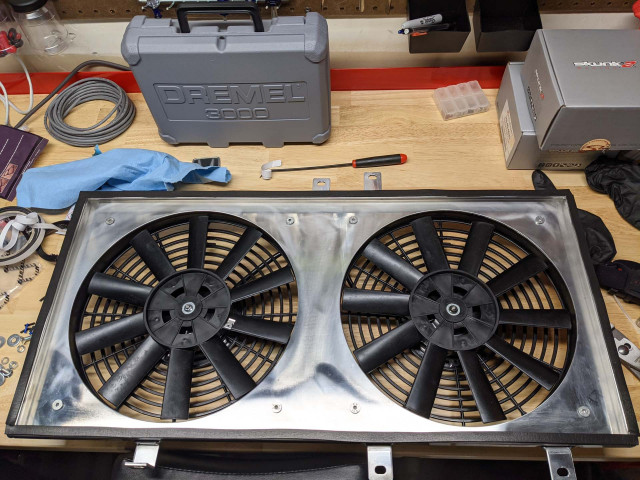 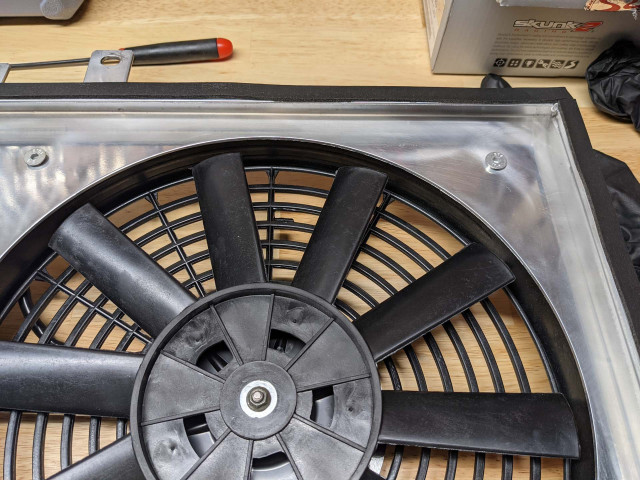 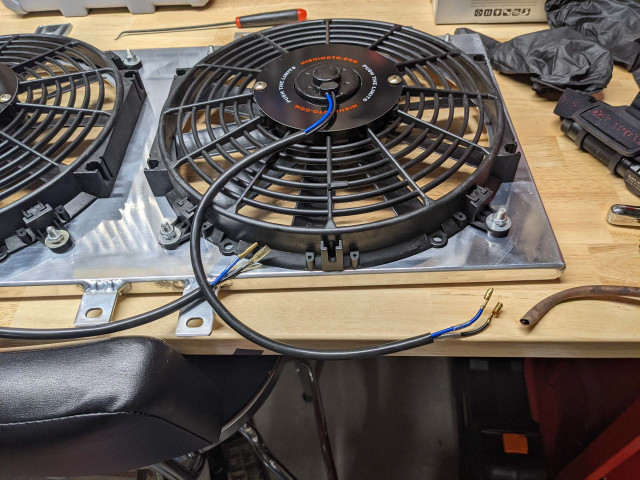 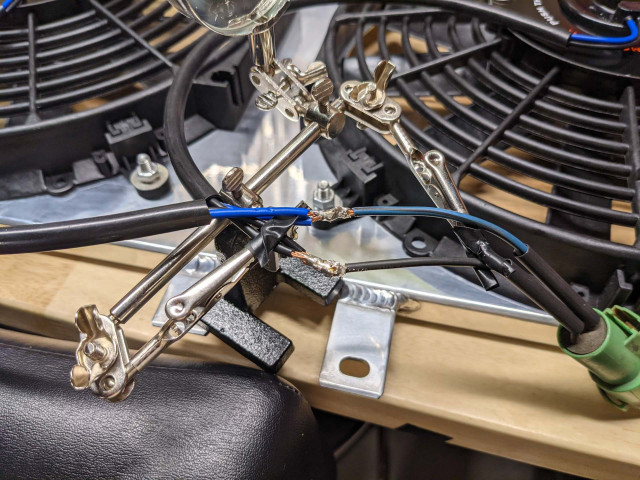 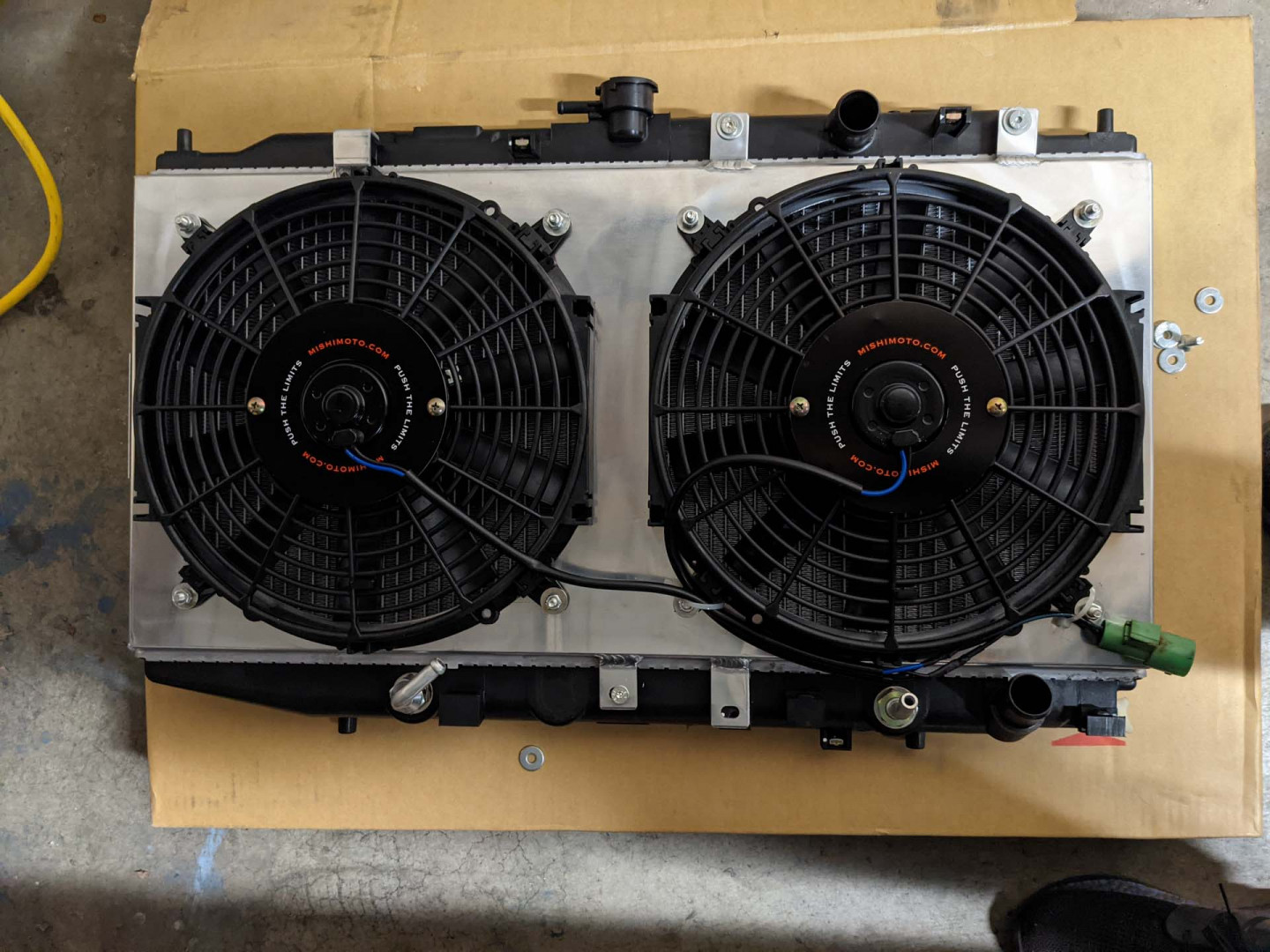 Unfortunately, the increased size of the B16A didn’t allow for both fans to be used. After attempting to install the radiator and fan shroud, I noticed the exhaust manifold was extremely close to the left fan. It barely fit with the manifold cover removed. 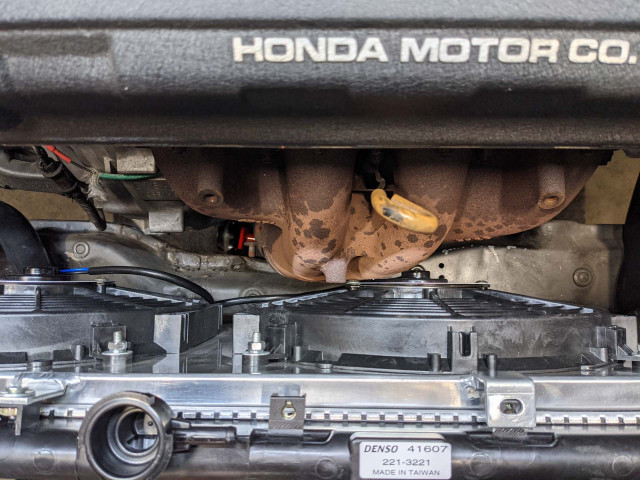 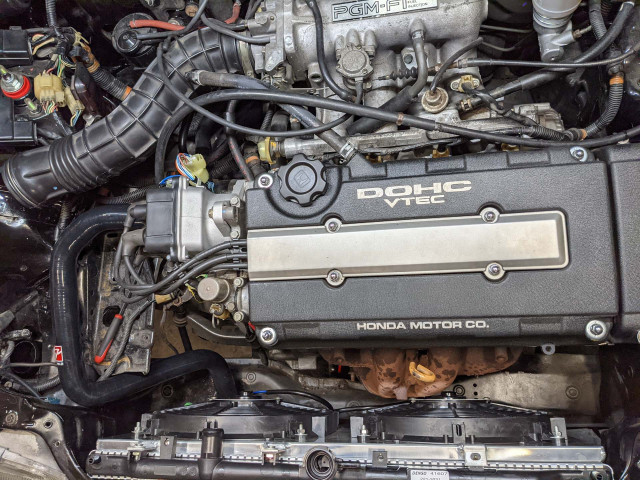 I ended up removing the left fan. While this wasn’t ideal, it still allowed the fan shroud to be present and the location of the radiator fan on the radiator itself didn’t change. 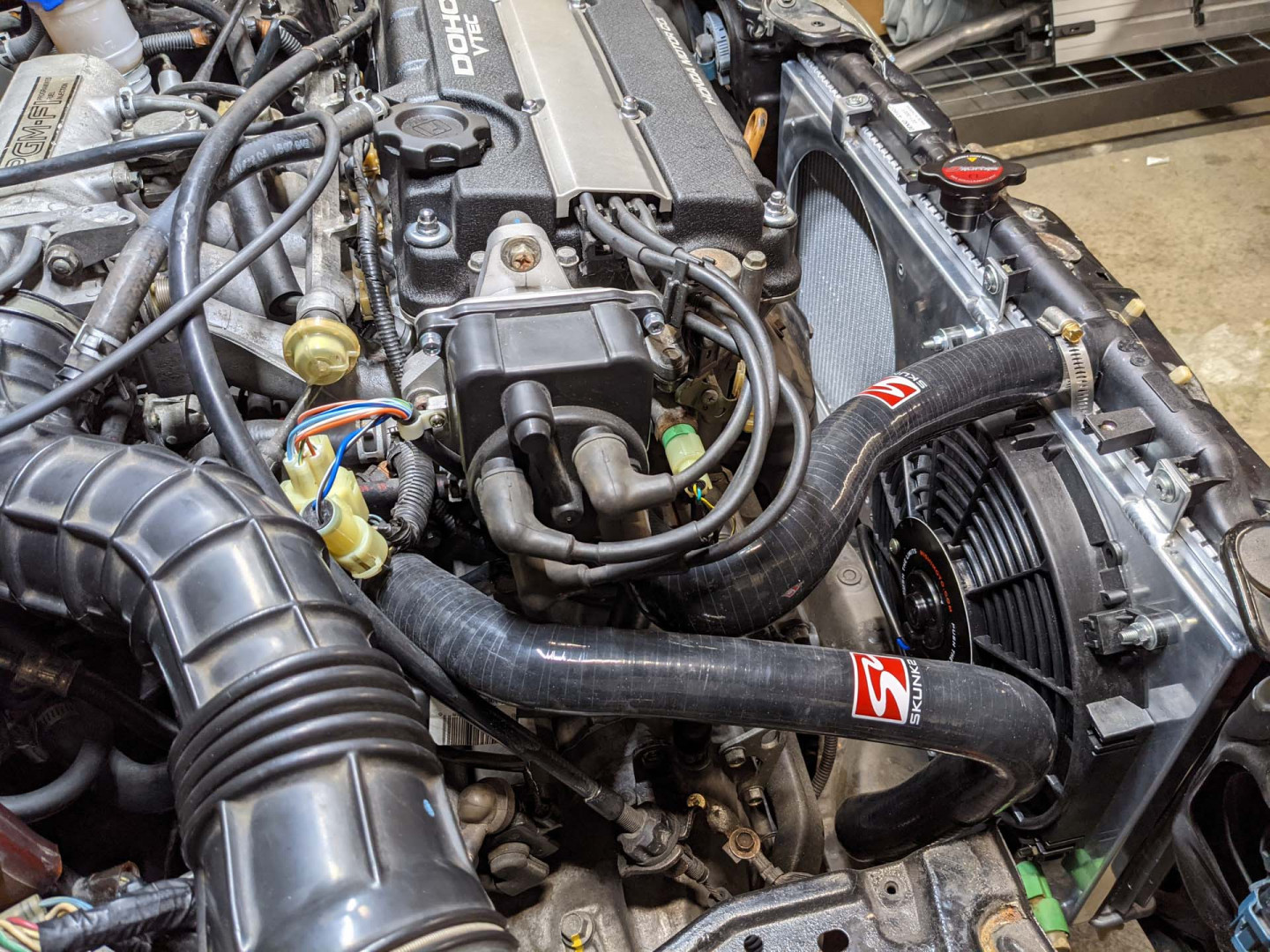 Lastly, I found a reasonable hood insulator to replace the torn one that came with the car. 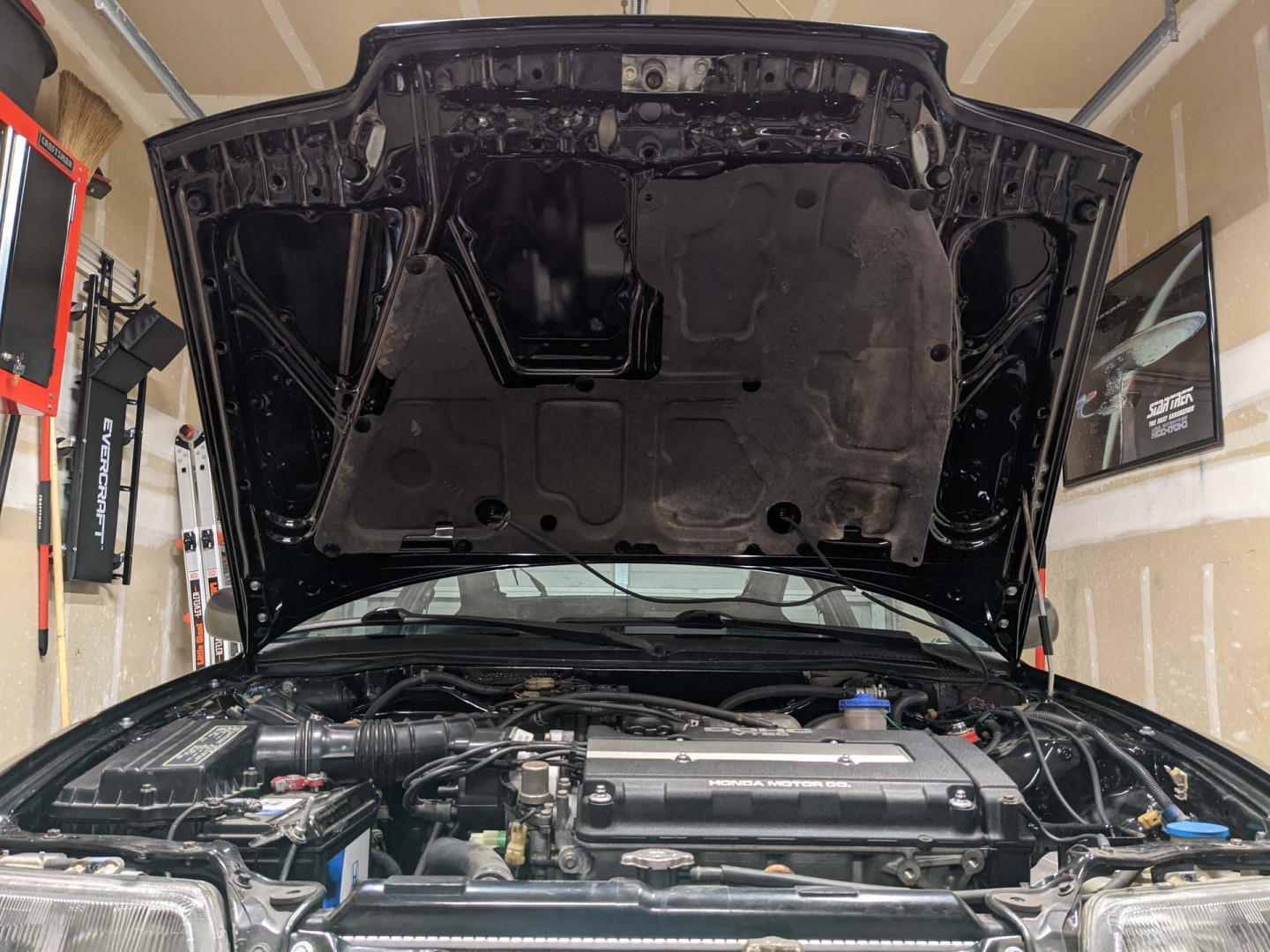 To add to the theme, I installed a Skunk2 short-throw shifter and shift knob for aesthetics. I really liked the feel of shift knob. It was much heavier than OEM, and felt great on the hand. It reminded me a bit of an S2000 shifter. I was a bit hesitant on installing the short-throw shifter. I’ve seen various shifters installed in other vehicles, and I didn’t really understand the need or appreciate the result. I will say that this particular Skunk2 dual-bend shifter makes a nice difference in the shift pattern. It brings the shift knob slightly closer to the driver, and gives each shift a smooth, zippy motion. Very pleased with this upgrade. 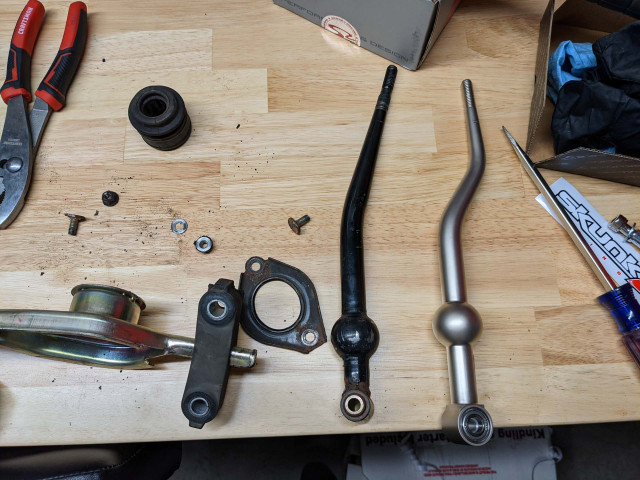