While continuing to browse Craigslist and local ads, I found this 1988 Honda CRX Si for sale near Erie, Pennsylvania. It didn’t look like much at first glance. In fact, it looked like a pretty awful find. It was clearly missing some trim parts, and at some point it was painted an grayish blue color that was beginning to flake off in certain spots. But most of the mechanical components were there, and the interior looked to be complete. This, combined with a $1,000 price tag, inspired me to go take a look at it. 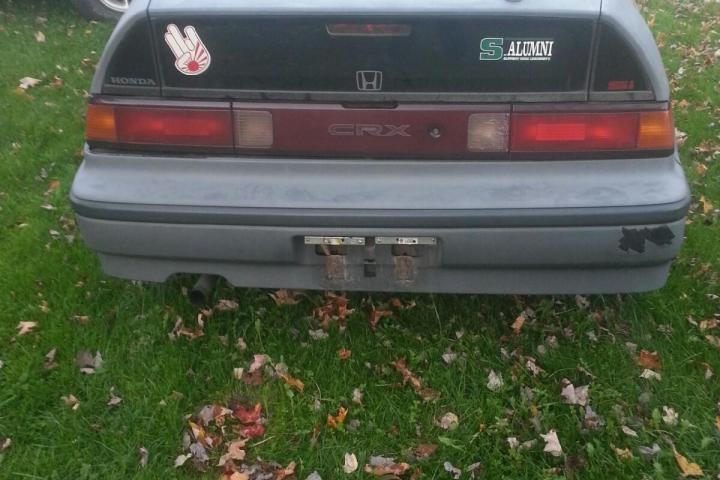 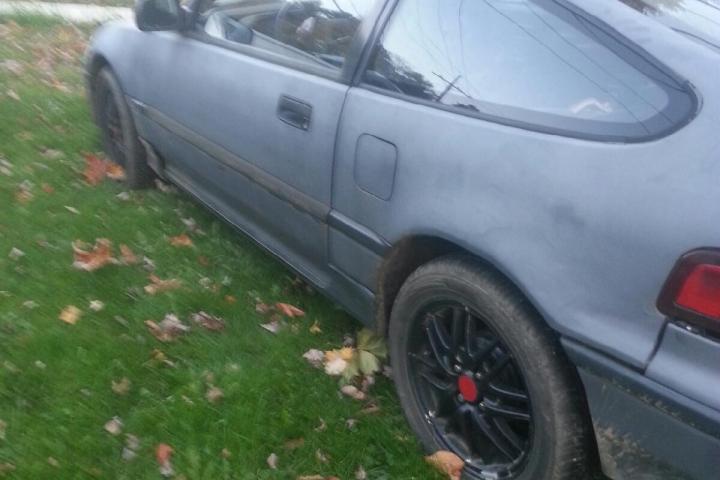 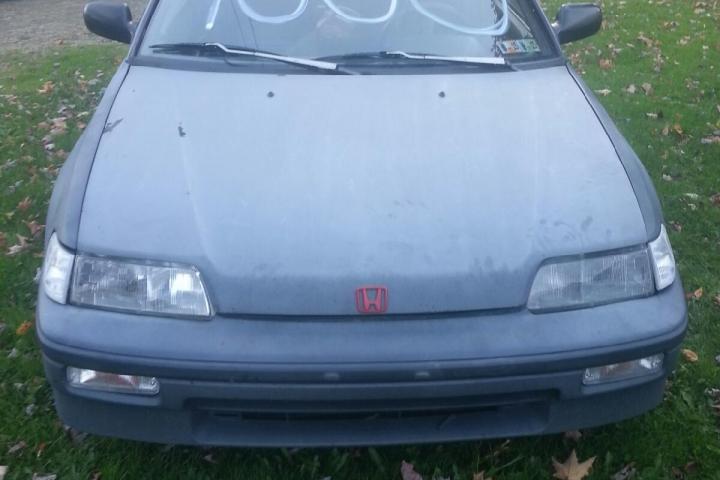 I made the drive out to this little town outside of Erie. I took a few additional pictures and looked over everything as best as I could. I noticed some rust on the quarter panels, which has become the standard during this CRX search. I’ve accepted the fact I’ll be doing some body work on whatever car I end up buying. 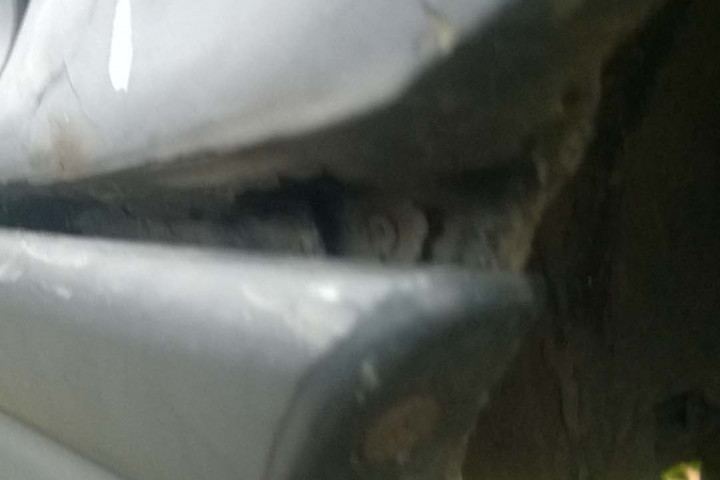 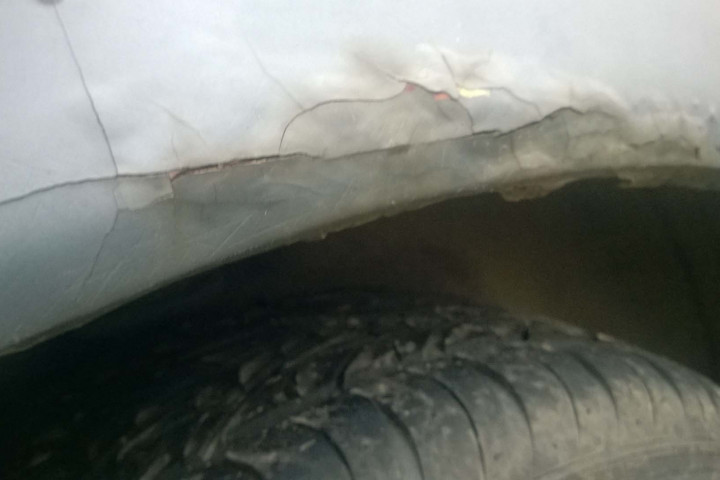 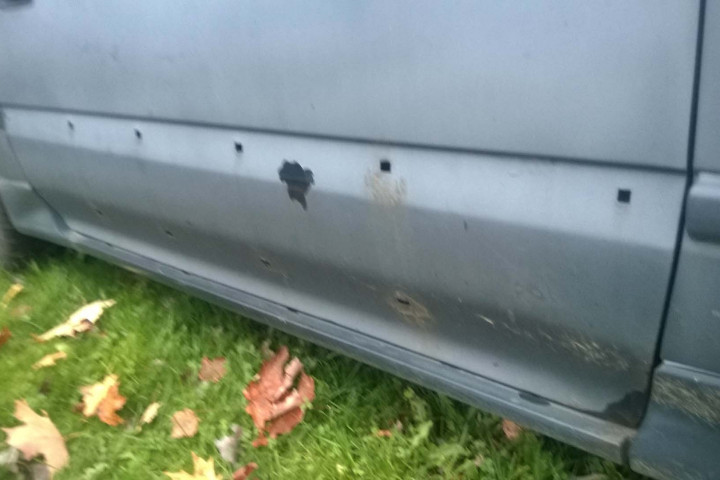 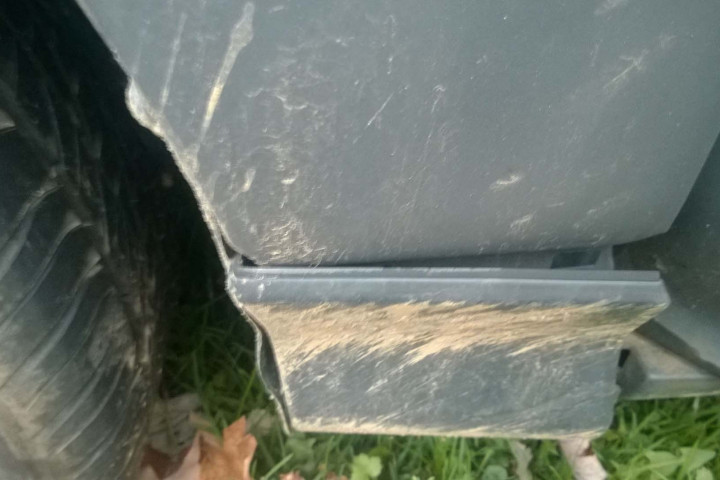 I was not able to test drive it due to the car not having a valid registration and insurance. The owner did fire it up and let it idle for about 15 minutes. I didn’t notice anything usual from listening to the engine. 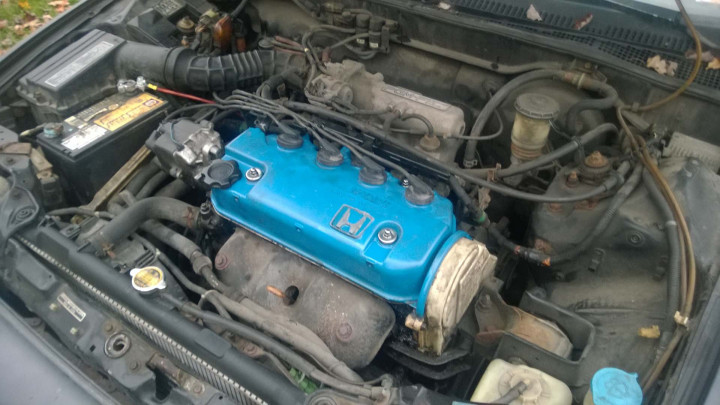 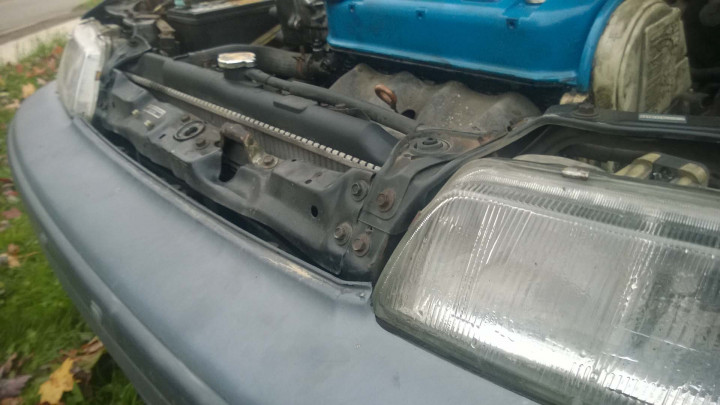 I took the crazy leap of faith and purchased it. FINALLY! My first Honda CRX.

I met with the owner at a Pennsylvania notary nearby and transferred the title. I also had an insurance policy placed on the vehicle. The next step was a little more complicated – getting the car back to the garage in central Pennsylvania.

I decided to take a chance and drive the car instead of towing it. It was the cheaper option and by far the most risky. The car was not inspected (yet), and I didn’t have a chance to properly test drive it. I thought a maiden voyage would be a good opportunity to see what needed to be fixed on the car.

After all of the logical details were taken care of, a friend drove me from western New York down to Erie to pick up the car. The plan was then to drive it back to central Pennsylvania in the evening to avoid any rush hour traffic. We didn’t arrive at the owner’s house until nearly 7pm, and by the time I had a chance to inspect the car one last time, it was almost 8:30. I checked the fluid levels, lights, horn, and tire pressure to make sure it was ready for the 4.5 hour trip. Little did I know I was in for a few additional surprises.

After pulling out onto the road, I noticed the CRX’s brakes were very spongy. In fact, it was quite difficult to stop. There had to be air in the brake lines or the rotors had to be non-existent. It was so bad, I had to give myself an extra 50 feet to come to a complete stop. I was thankful it was so late and there were very few cars on the road, but this definitely wasn’t ideal.

The next thing I noticed is that the car needed gas. I had to make a stop for a quick fill up, giving myself plenty of room to slow down, pull in, and come to a complete stop at the pump.

So there I was in this car I’ve never driven before, traveling along roads I’ve never traveled on before, facing a four-hour dark, cold journey. Good thing I have some heat, right? Oops, the cabin heat wasn’t included with this purchase. For some reason the cabin heat wasn’t working despite the engine being warmed up. At least there’s music for the journey. Well, there would have been if the head unit wasn’t shorted out.

It was a long and ugly night. I finally arrived safely at nearly 4:00am the next morning after traveling nearly 300 miles.

Now the fun really began. It was time to thoroughly inspect the car and build a plan to restore it.