How does one purchase a really old car that hasn’t been in production since 1991?  It was easy to rule out local car dealerships, that’s for sure.  Two options came to mind:  eBay and Craigslist.

There were several Honda CRX’s for sale in the New York area on Craigslist. I began to discover that finding one with original components is difficult. Many CRX’s for sale do not have the original engine.  B-series engines are by far the most common swap.  I also found one with an H-series engine, presumably from a Prelude.  Some were even turbocharged.  It was clear that the appeal of this car is for street performance, auto cross, and simply replacing the slower SOHC D-series engine with something faster.  It was also clear that finding a completely stock CRX would be difficult.

After a few weeks of searching the Buffalo, Rochester, and Syracuse regions of New York, I found an original 1989 CRX DX.  This DX trim CRX wasn’t 100% stock, but it did have its original engine and interior. 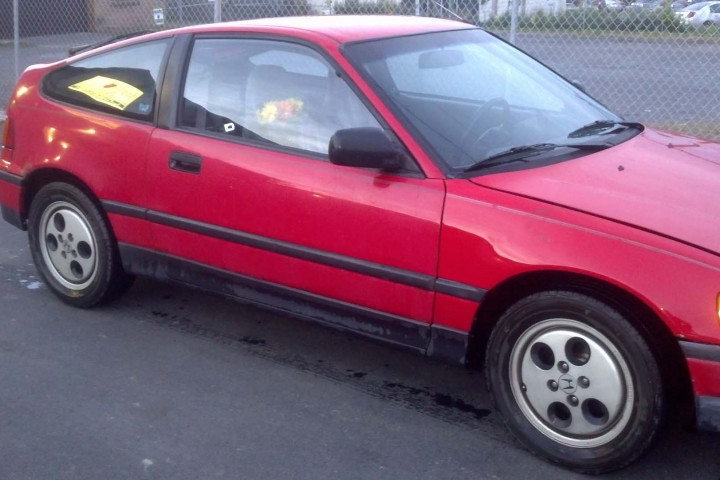 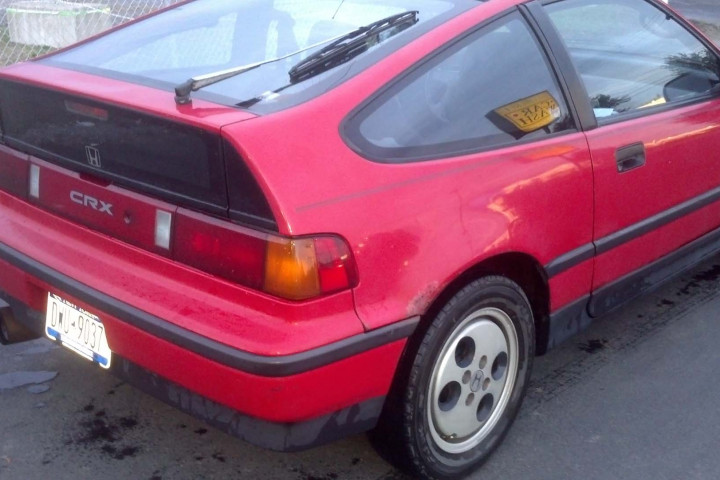 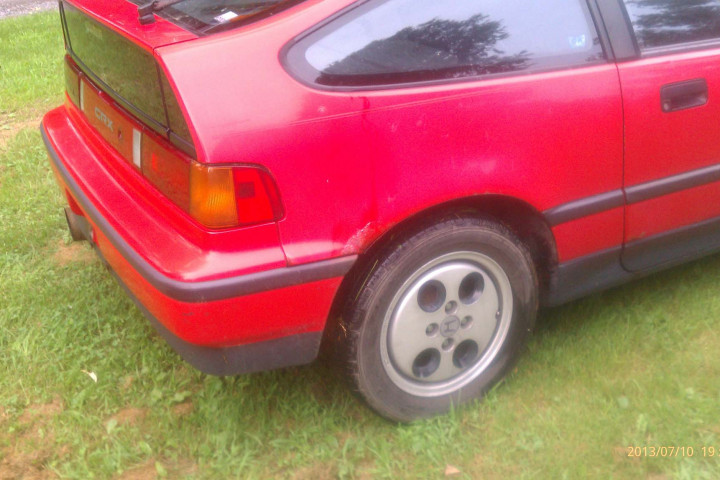 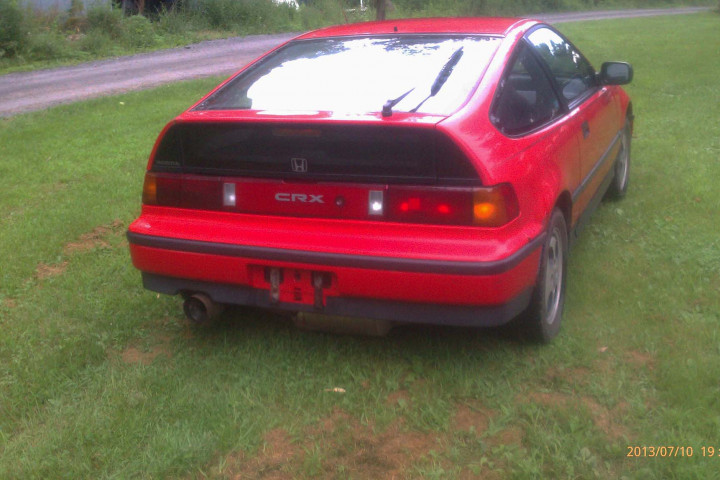 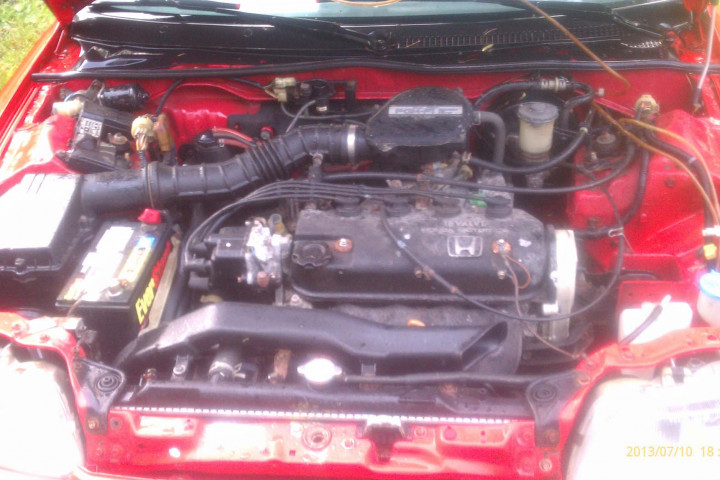 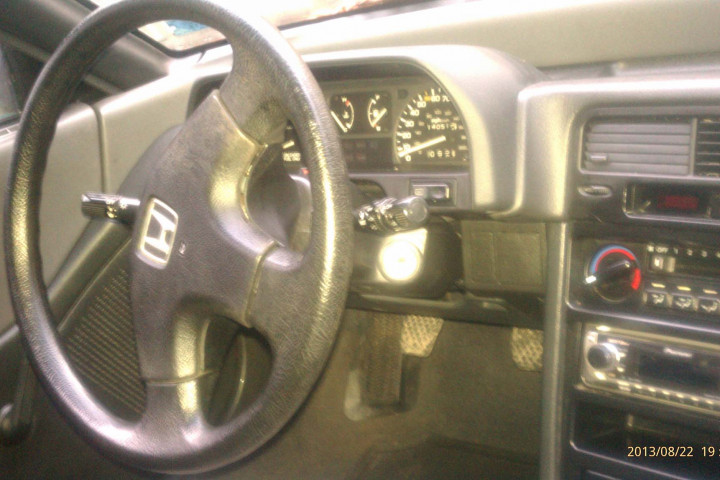 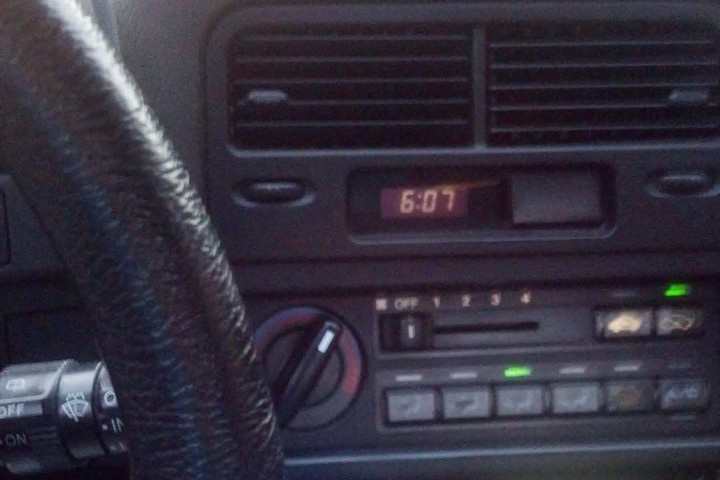 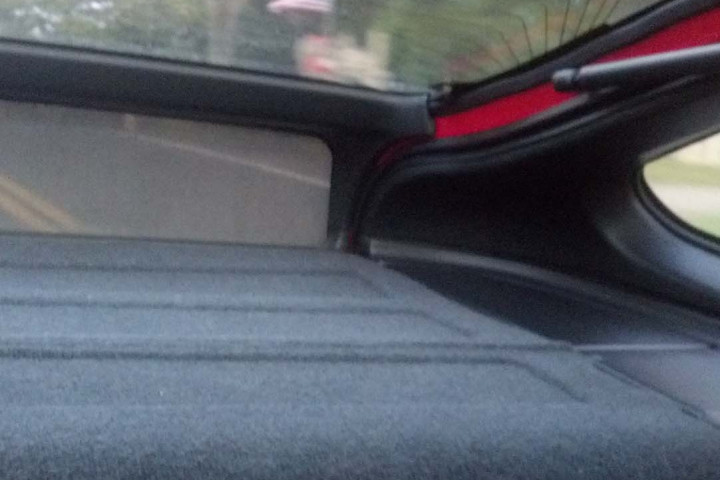 I compiled a few notes before scheduling a test drive.

The owner was a CRX enthusiast and knew a fair amount about the car.  It was clear he had the car serviced regularly and used genuine Honda parts. Unfortunately, the car had some cosmetic flaws that were more prevalent upon closer inspection.  The hood was slightly bent, arching upward near the middle of the engine bay.  The aftermarket exhaust also had a large dent most likely caused by bottoming out or hitting an object.  Considering the exhaust was about 30% larger than the stock exhaust, that wasn’t surprising.  The usual Honda quarter panel rust was forming on both rear quarter panels.

I had the opportunity to drive the car for about 15 minutes.  It started up and drove smoothly.  The engine and transmission were healthy and the shifting was smooth.  The climate control system worked.

I wasn’t sold on this car.  While the lower mileage and signs of care were positives, I could not ignore the rust forming on the quarter panels and other imperfections on the body.  The damage to the hood could be a result of an unreported accident.  I also felt the asking price was somewhat high, and the seller was not open to negotiation.

Back to the drawing board!