Today was an exciting day.  The goal was to remove the engine in preparation for painting the engine bay.  Who doesn’t want a shiny clean engine bay?  This was new territory for me.  I’ve only ever read about this process and watched poorly made YouTube videos, so it was nice to dig in and work on it myself (with the help of my trusty mechanic, of course).

Within a matter of minutes the engine was stripped down to just the head and the block.  The block will be inspected and re-machined if needed.

It was time to call it a day.  The next step is to remove the remaining components in the engine bay. 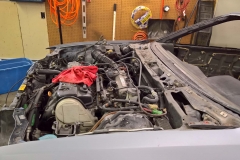 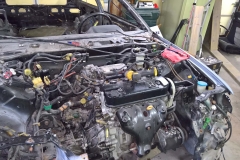 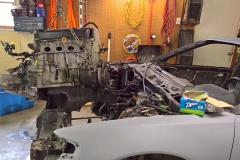 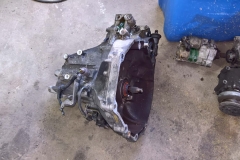 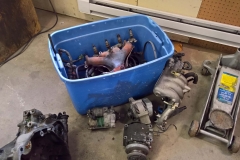 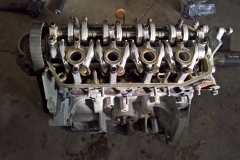